by Anna from Camino Adventures

Though most pilgrimages started as journeys of moral or spiritual significance, modern ones are not necessarily confined to the most faithful. Whether you are interested in learning about history, culture, and admiring spectacular landscapes, you want to test your physical aptitudes, or you are on your own spiritual journey, walking one of the many European pilgrimages promises an unforgettable adventure and true bucket list experience in Europe.

Pilgrimages in the UK & Ireland

Besides the outstanding landscapes, you will have the chance to see while walking the route, there are also many opportunities to go-off path and visit charming little churches along the way. One of the most beautiful is the 900-year-old St Benedict’s Church, located in Paddlesworth, Kent.

Before you begin your spiritual trip, make sure you are properly prepared, as the road to the mesmerizing Canterbury Cathedral is known for its great number of ups and downs, both literal and emotional.

When planning your trip to Europe, search for the best hotel deals here.

If you love mystery and are into myths and legends, walking the 42-mile pagan trail from Glastonbury Tor to Stonehenge should be on your must-do list. Both Glastonbury Tor and Stonehenge are renowned mystical English sites, and this pilgrimage supposedly results in rebirth.

The starting point of your transcendental trip is Glastonbury Tor, a place where faeries were once believed to live, takes you through breathtaking scenery, and ends at the celebrated Stonehenge, a stone circle constructed 3,000 years BC. Whether you choose to do this in one or two days, in the end, you will feel proud and astonished by the fascinating prehistoric monument.

Between Melrose in the Scottish Borders and Lindisfarne on the coast of Northumberland in England, there is a 62-mile long trail known as St Cuthbert’s Way.

The pilgrimage has the name of a monk, bishop, and hermit born in Northumbria. He was Anglo-Saxon England’s most praised saint, and this trail traces his life, starting where he spent his formative years and ending where he was buried after in 687.

The trail is loved for its dramatic landscapes and inspiring ruins. You don’t need, however, religious reasons to adventure into walking St. Cuthbert’s Way. What you do need are five days of vacation and a good fitness level, since the relaxing walks are often interrupted by strenuous climbs.

According to archaeological finds in the area, the pilgrimage to the mountain goes back around 5000 years to the Stone Age. Pagans also celebrated the new harvest there. Today, the most popular time to do this sacred walk is the last Sunday of July, called Reek Sunday. For more information on planning this walk, see these backpacking tips for Ireland!

Via Podiensis: Le Puy to Saint-Jean-Pied-de-Port

Travelers who have the possibility of taking more than a month off can enjoy a longer hiking adventure. It is one of the four routes through France on the pilgrimage to the tomb of St. James the Great in Santiago de Compostela. But this part is a 460-mile hike, from in south-central France to Saint-Jean-Pied-de-Port in the Pyrenees. The pilgrimage takes over a month but, if this sounds too much, it can be done in shorter stages.

Catch a glimpse of the rural life, admire stunning scenery, explore rolling hills and relax in the charming fields of sunflowers, while following this fascinating spiritual path. And, if you are feeling fit to continue, after resting in Saint-Jean-Pied-de-Port, walk the famous Camino Frances, until Santiago.

During the Middle Ages, pilgrims walked to the statue of St. Michael that sits atop the church spire on Mont-Saint-Michel to praise St. Michael, the Archangel, who is known for leading the charge against Satan’s forces.

Today, though for different reasons, people still follow the same paths, the 200-mile trail from Rouen, or the shorter, 100-mile route that begins in Caen. No matter where you choose to begin, walking Les Chemins Du Mont-Saint-Michel promises you an adventure filled with impressive natural beauty.

Staring in Saint Jean Pied de Port and finishing in Santiago de Compostela, El Camino Frances takes pilgrims from beautiful southwestern France to welcoming the Spanish region of Galicia. The pilgrimage promises 284 miles of natural beauty and fascinating culture, and more than one month of self-discovery and meeting amazing people.

El Camino Frances is now probably the most popular route that takes adventurers to the Santiago de Compostela Cathedral, the place where Saint James the Great was allegedly buried. So, it is usually filled with pilgrims from all over the world, especially during the summer months. If meeting crowds of travelers isn’t your cup of tea, there are plenty of other, more quiet routes to el Camino you can follow.

Known for being less crowded and easier to walk, el Camino Portuguese is another great route that takes you to Santiago, from charming Lisbon (see here for planning your time in Lisbon and Barcelona). There are 280 miles pilgrims usually walk in about one month, but if this seems too much for you, start in Porto and walk 150 miles until you reach the imposing Cathedral in Santiago.

Though less crowded, this incredible trail can also bring you valuable friendships, interesting talks, and, of course, a beautiful combination of two countries that deserve to be explored.

If neither, El Camino Frances or the Portuguese way, satisfy your desires, but you still want to reach Santiago by foot, while walking a spiritual path, we have great news. There are plenty of other routes of the famous Camino you can choose, depending on your personal preferences, time, and budget.

Another incredible network of hiking trails in Portugal is Rota Vicentina, which follows the southwestern coast of the country.

Finisterre or Fisterra in Gallego translates as “the end of the world”, and it is a great way to finish your El Camino de Santiago adventure, continuing from Santiago to Finisterre, and then to Muxia, the westernmost point of mainland Europe.

Besides the lovely scenery, arriving in Finisterre, at the place where pilgrims have been known to throw their shoes into the sea to symbolize their new beginning in life after completing the Camino, will make you feel amazing.

Read more about mindful travel and doing meditation while traveling.

Via Coloniensis: Cologne to Trier

As you can see, there are many paths to Santiago de Compostela. In Germany, for instance, there are 30 well-known routes that take pilgrims to France, where they can begin Via Podiensis.

One of the best German trails is Via Coloniensis, from charming Cologne to Trier. Before setting out, pilgrims shouldn’t miss the impressive cathedral in town, one of the top things to do in Cologne.

On the walking route, after passing through delightful villages and town, admiring the beautiful architecture and historic landmarks, the route ends at St Peter’s Cathedral, which was commissioned by Emperor Constantine in the fourth century, and is now the oldest church in Germany.

Via Francigena: Canterbury to Rome

Via Francigena is another classic walking trail in Europe, following an ancient pilgrimage route from Canterbury in the UK to Rome, in Italy, and crossing France and Switzerland on the way.

Not only because of its importance in medieval times, but also thanks to the crucial landmarks and beautiful landscapes it passes, this route has been a European Cultural Route by the Council of Europe since 1994.

The 1180 miles pilgrimage promises adventurous pilgrims the chance to see amazing places like the stunning Tuscan countryside, the imposing Alps, or the battlefields in Northern France. And if you don’t have months of vacation, choose only the French-Italian part of the trail.

Via di Francesco: Florence to Rome

Following the steps of Saint Francis of Assisi, who was the founder of the Franciscan Order, Via di Francesco or Camino di Francesco is an alternative route along an ancient Roman road, passing through mesmerizing sites, that takes pilgrims from Florence to Rome.

What used to be a religious voyage devoted to the life of Saint Francis is now, for many adventurous travelers, a way to test their limits and admire Italy’s immense beauty, before reaching the Basilica di San Francesco in Rome.

If you are looking for an exciting Italian Pilgrimage on two wheels, go first to fascinating Rome, where you can start cycling, with Lake Como as your destination. The pilgrimage takes you to the 17th-century Madonna del Ghisallo chapel in Lombardy, after offering you the chance to admire some of the most spectacular Italian landscapes.

The ride is far from being long, having only 6,5 miles, but it is challenging. So, make sure you have a good fitness level before you begin this cycling adventure.

Arriving at your destination, there are plenty of fun and/or relaxing things to do in Lake Como, rounding out unforgettable trip.

The Serbian Orthodox Monastery of Ostrog is one of the most picturesque and visited monasteries in Europe. The structure has been carved into sheer cliffs, with panoramic views of the Montenegrin countryside. Over 100,000 pilgrims make the journey to Ostrog every year to pay homage to Saint Basil of Ostrog, who is interred there.

While getting to Ostrog Monastery is relatively simple, the best way to go is to follow the steps of pilgrims by trekking from remote Ostrog train station to the monastery high up on the cliffs. The fairly simple walk can be done in two hours return and can even be done as a day trip from the popular tourist town of Kotor or, easier yet, from the capital Podgorica.

These are our suggestions for the best European pilgrimages. No matter which of these trails you choose, you will have a memorable experience, filled with adventure, self-discovery, and so many answers. Don’t forget, however, that they are all different, and completing one should only be a good reason to start planning the next on your list.

Also, remember that there are so many other incredible pilgrimages in Europe that promise glorious adventures for all outdoorsy, curious travelers who are interested in testing their physical or spiritual limits. 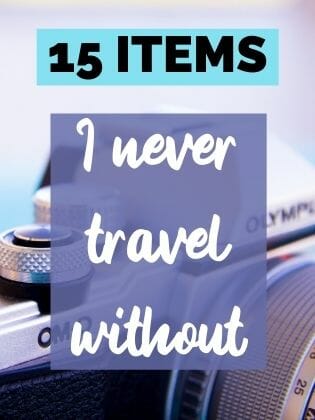